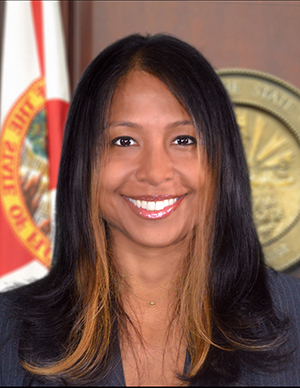 
Celeste Philip, MD, MPH, is Health Officer for Sonoma County, California. Dr. Philip assumed the role in 2019, bringing  with her a wealth of experience as a physician executive and leader with two decades of experience as a public health official in local, state, and international settings. Most recently, Dr. Philip served as the state of Florida’s Surgeon General and Secretary of Health for nearly three years, managing a staff of over 13,000 with a $3 billion budget, while having spent over 10 years of service with the Florida Department of Health.

While serving as the State of Florida’s chief health official, Dr. Philip was a prominent leader in the state’s response to the Zika virus in 2016 and successfully limited mosquito-borne transmission of the virus in south Florida. As Surgeon General of Florida, Dr. Philip received unanimous approval by the legislature to streamline the state’s HIV funding to support key HIV prevention strategies. As a result, all county health departments in Florida began providing pre-exposure prophylaxis (PrEP) by the end of 2018. She also managed the state’s public health and medical efforts during hurricanes Hermine (2016), Matthew (2016), Irma (2017), Nate (2017), and Michael (2018) and has extensive experience serving in a chief role in an Emergency Operations Center.

A graduate of Howard University, Dr. Philip earned a Master of Public Health in maternal and child health and a Doctor of Medicine from Loma Linda University in California.

In addition to serving on PHAB’s Board of Directors, she serves on the Board of the National Forum for Heart Disease and Stroke Prevention and was named the 2016 Outstanding Woman in Public Health by the University of South Florida’s College of Public Health.