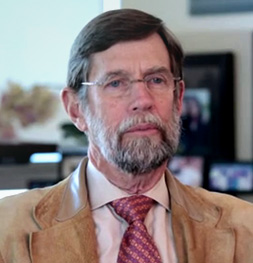 
Dr. Labarthe retired in July 2011 from his position as Director of the Division of Heart Disease and Stroke Prevention with the Centers for Disease Control and Prevention and was named a professor in preventive medicine at the Feinberg School of Medicine at Northwestern University. He received the AB degree in history from Princeton University in 1961; the MD degree from the College of Physicians and Surgeons, Columbia University, in 1965; and the MPH and PhD degrees in epidemiology from the School of Public Health, University of California, Berkeley, in 1967 and 1974, respectively. His postgraduate medical training was in internal medicine (Washington University, St. Louis) and general preventive medicine (Berkeley), in which he was certified by the American Board of Preventive Medicine in 1970.

His professional activities over three decades were based primarily in the University of Texas School of Public Health, Houston (1970–1973 and 1977–1999). In January 2000 he joined the Centers for Disease Control and Prevention. There he led the development and implementation of the long-range public health strategic plan, A Public Health Action Plan to Prevent Heart Disease and Stroke.

Dr. Labarthe was recognized with the National Forum for Heart Disease and Stroke Prevention’s “Heart Healthy Stroke Free” award. The award is presented annually to an individual and group in the field of public health whose work embodies the recommendations of the Action Plan. “Anyone who has been active in the cardiovascular and stroke prevention community knows the name Darwin Labarthe,” said Thomas Pearson, MD, MPH, PhD, and Past Chairman of the National Forum’s Board of Directors. “For years, Dr. Labarthe has served as a voice for heart disease and stroke prevention. Regardless of the job he holds, he has kept heart disease and stroke prevention firmly in the forefront.”