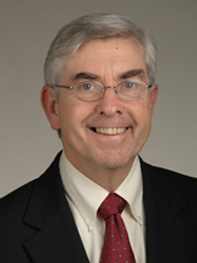 
Walter J. Koroshetz, M.D. is the Director of the National Institute of Neurological Disorders and Stroke.   The NINDS is the major Institute at NIH that funds stroke research and has as its mission to decrease the burden of illness due to stroke through research. NINDS actively pursues neuroscience and cerebrovascular science that will inform improved stroke prevention, acute stroke treatment and post-stroke rehabilitation.

Prior to assuming his post at NIH, Dr. Koroshetz was the Vice Chair of Neurology at the Massachusetts General Hospital (MGH),  Chair of the Partners Neurology residency committee, director of the Partners Stroke Program, director of the MGH Stroke Service, and Professor of Neurology at Harvard Medical School.  Over his 25 years of practice in Boston he specialized in stroke care in general and acute stroke treatment and advanced acute stroke imaging in particular. He was awarded the C. Miller Fisher

Dr. Koroshetz graduated magna cum laude from Georgetown University and attended the University of Chicago Pritzker School of medicine where he obtained his M.D. and completed two years of medical residency.  In 1981 Dr. Koroshetz  moved to the MGH where he finished his residency in Internal Medicine and then began Neurology residency finishing as Chief Resident.  After residency he entered the laboratory of Dr. David Corey to train in cellular neurophysiology and neurobiology. His laboratory work focused on excitotoxicity, a cause of neuronal cell death in various disease states.  In 1994 he became director of the Neurointensive care and acute stroke services and in 2005 became Director of the MGH stroke service.