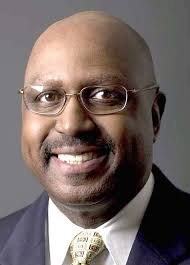 
Dr. Warren Jones has over thirty years of experience in health care. Notably, he founded and established the Mississippi Institute for Improvement of Geographic Minority Health and Health Disparities (MIGMH) at the University of Mississippi Medical Center (UMC). Over the course of his tenure there, Jones secured approximately $38 million for MIGMH and its constituent programs.

Jones’ other professional experience includes directing the State of Mississippi’s Medicaid Program. As program director, he was responsible for providing health care for over 768,000 Mississippians. He also managed a budget of over $4 Billion, and developed and implemented the Mississippi Medicaid Medical Home program that allowed for annual physical examinations and health assessments.

Over the course of his career, Jones has been recognized for his pioneering efforts in the field of health as well as a distinguished educator. He was recognized as Outstanding Minority Educator in the State of Mississippi and was elected the first African American President of the American Academy of Family Physicians.

He was also the first African American appointed as an associate vice chancellor at the University of Mississippi Medical Center. Jones is the Professor Emeritus of Family Medicine at the University of Mississippi Medical Center (UMC), Chair Emeritus of the National Medical Association’s Family Medicine Section, and Immediate Distinguished Professor of Health Policy at UMC. He was the Chief Health Officer at Hampton University and prior to Hampton, he held the NIH Endowed Chair in Health Disparities Research at Dillard University, his undergraduate alma mater. He is the recipient of many awards and honors including an Honorary Doctorate of Humane Letters from Tougaloo College.

A native of New Orleans, Dr. Jones is a 1978 graduate of the Louisiana State University School of Medicine in New Orleans. He is married to the former Gennie Lacy of Pickens, MS and the father of six children: Aaron, Keith, Winston, Deanna, Cassandra, and Madison.