Centers for Disease Control and Prevention (CDC) and Centers for Medicare & Medicaid Services (CMS) announced today the appointment of Laurence Sperling as the new Executive Director of Million Hearts®. Dr. Sperling is a world-renowned cardiologist and prevention advocate. He chaired the writing committee for the introduced the World Heart Federation’s (WHF) new roadmap aimed at reducing the global burden of cardiovascular disease (CVD) in people living with diabetes which he introduced at the joint European Society of Cardiology (ESC) Congress 2019 and World Congress of Cardiology earlier this month. I am confident that Dr. Sperling will be the energetic leader Million Hearts needs in order to advance heart attack and stroke prevention throughout the U.S.

Below is the official announcement which includes Dr. Sperling’s bio sketch. 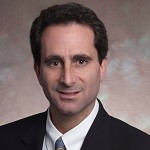 We are pleased to announce that Larry Sperling, MD, FACC, FACP, FAHA, FASPC will serve as the new Executive Director of Million Hearts®, effective end of September 2019. Dr. Sperling has been a practicing cardiologist for more than 20 years, he has published more than 300 articles and book chapters, and has served on numerous regional, national, and international committees charged with addressing cardiovascular disease.

As an Emory University cardiologist, he established the university’s preventive cardiology program in 1997.  Dr. Sperling was awarded the American College of Cardiology Harry B. Graf Career Development Award for Heart Disease Prevention and the American Heart Association Council on Clinical Cardiology Scholarship for Physical Activity and Public Health in 2001. He was also the recipient of the 2017 Award of Honor from Emory University’s Alumni Association.

Dr. Sperling is originally from New York. He received his undergraduate degree from Emory University where he was accepted into the School of Medicine’s early acceptance program as a college sophomore.  He graduated with his MD in 1989 and subsequently completed eight additional years of training at Emory including a residency in internal medicine, chief resident year at Emory University Hospital, a NIH-supported research fellowship in molecular and vascular medicine, and a clinical fellowship in cardiovascular diseases.  While serving as the Million Hearts® Executive Director, Dr. Sperling will continue to see patients and remain an active member of the Emory faculty as the Katz Professor in Preventive Cardiology and professor at the Rollins School of Public Health.

We are thrilled to welcome Dr. Sperling and his wealth of cardiovascular expertise. His passion for preventing heart attacks and strokes will be instrumental in guiding the Million Hearts® initiative. Please join us congratulating him on this new and important role.